Fo-Ti (polygonum multiflorum), also known as Chinese climbing knotweed or “he shou wu,” is a popular, nutrient-rich herbal remedy common in traditional Chinese medicine. It has been used in creams, supplements, and ointments for various skin ailments and medical conditions for centuries.

Fo-Ti is regarded in Chinese medicine as the holy grail of hair health due to its powerful anti-aging and longevity properties. While Fo-Ti can reap numerous benefits on the body, the most popular is its effect on hair health. How does Fo-Ti help reduce hair graying?

Small amounts of hydrogen peroxide molecules are naturally formed in our cells. With time, this molecule is believed to damage the hair melanocytes, reduce the production of melanin and thus, cause premature graying of the hair. One study found that taking Fo-Ti prevented hair bleaching effects of hydrogen peroxide and thus prevented and reversed hair graying.

In another study, Polygonum multiflorum root extract has been shown to stimulate melanin synthesis through activation of plasma membrane receptors MC1R. Fo-Ti can also stimulate proper blood circulation throughout the body, including the scalp, which improves hair growth rate and nourishment by increasing melanin production, feeding, and supporting hair follicles.

Studies have shown that Fo-Ti (polygonum multiflorum) can help speed up the transition of hair follicles from the dormant stage of hair growth (telogen phase) to the growth stage (anagen phase) by working on the FGF0-7 gene, which encodes proteins particular to epithelial cell growth. This is especially important to those suffering from hair thinning or hair loss.

Researchers found that both oral administrations of Fo-Ti and topical Fo-Ti could promote hair growth in a recent study. According to their results, the hair growth promotion effect of oral Fo-Ti was most probably mediated by the expression of Fibroblast growth factor-7 (FGF-7), while topical Fo-Ti promotes hair growth by the stimulation of the Sonic Hedgehog (SHH) gene expression. This founding enhanced our confidence in natural products application in the field of hair promotion in the future.

In another study on 24 men and 24 women (30–60) (n = 24) with different types of hair loss (age-related, stress- and medication-induced, and postpartum) received Fo-ti extract twice a day. After one month of treatment, 91% of men and 87% of women reported improvement. Additionally, none of the study participants reported any side effects during the treatment period.

How to use Fo-Ti for hair health?

There are two common ways to use this herb - orally and topically.

Find the most effective hair growth products for you by taking the free hair assessment.

Olaplex no. 4 Shampoo vs. Hers triple threat shampoo 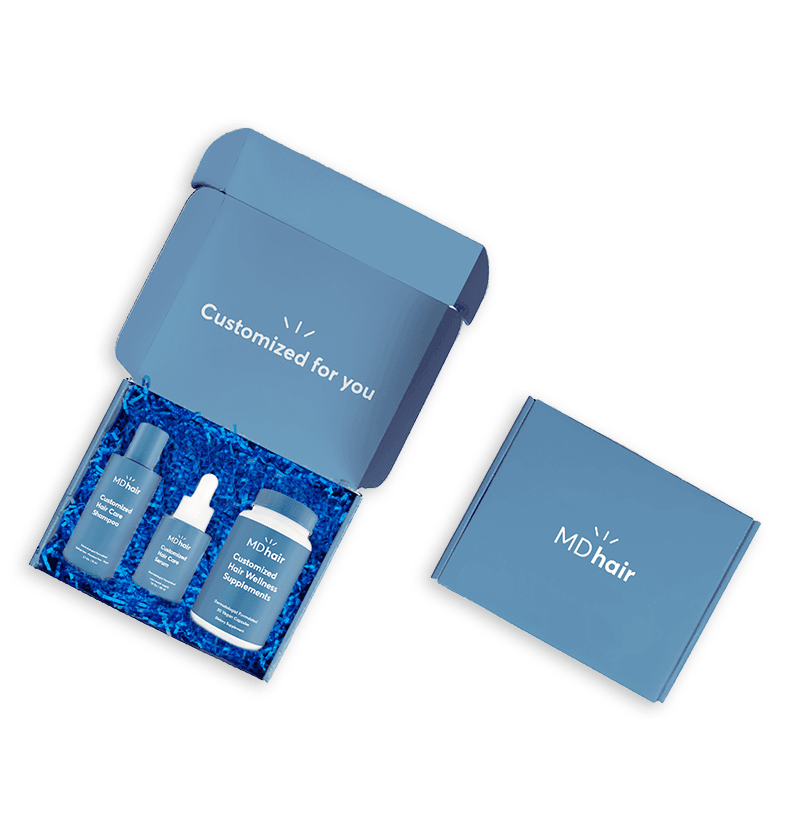